The Environment Agency has warned owners of industrial units across the UK that they are being targeted by waste criminals looking to dispose of “thousands of tonnes” of illegal waste.

According to the warning, it is a “growing trend” for criminals to pose as legitimate tenants to rent properties, which are then used to dump illegal waste. 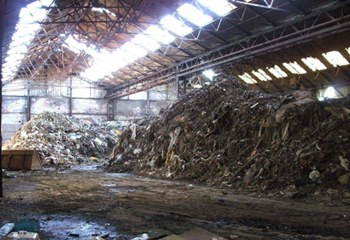 Once discovered, landlords are “burdened” with clear up costs, and the Agency warned they also “face possible criminal prosecution, fines and even jail sentences for failure to operate without an environmental permit”.

“The waste, mainly made up of potentially hazardous materials, poses a serious pollution and fire risk and undermines legitimate business,” the Agency said.

The statement explained that during the period Dec 2016 – Nov 2017 it investigated the dumping of 18,244 bales of waste – each bale being approximately one tonne.

The Environment Agency estimates that at a low end price of £70 per bale this would amount to £1,277,000 for correct deposal of the waste.

The top four land types which it said are “most susceptible” to illegal dumping are farms, industrial units, abandoned factories and derelict sites.

Nicky Lawton, deputy director of the National Enforcement Service, said: “Unsuspecting landlords and property managers are failing foul of waste criminals and as a result are being made to pick up hefty bills to clear up the waste – often running into the hundreds of thousands of pounds.”