With the UK now out of Europe, the Environment Bill has started to make its way through Parliament and is set to replace some European Union measures as well as introduce fresh ideas from the UK government. 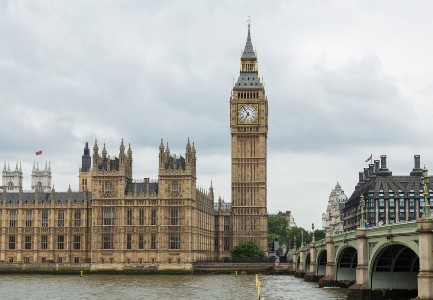 Parliament will soon be going through the Second Reading of the Environment Bill (picture: Shutterstock)

At the beginning of February, the Bill passed through its automatic first stage in the House of Commons. The more detailed second reading stage started on 10 March with MPs starting to scrutinise the content and hear from witnesses.

The government summarises the Bill as making provision for:

“targets, plans and policies for improving the natural environment; for statements and reports about environmental protection; for the Office for Environmental Protection; about waste and resource efficiency; about air quality; for the recall of products that fail to meet environmental standards; about water; about nature and biodiversity; for conservation covenants; about the regulation of chemicals; and for connected purposes.”

This rather modest summary belies the transformative nature of some of the ideas that are contained within the Bill. Most important of these for the retail and manufacturing sector is proposed changes to Extended Producer Responsibility (EPR).

The Bill will contain measures that will in the future allow the government to introduced a new EPR system which will overhaul the current packaging waste – PRN – system used to fund the recycling of packaging.

Currently about 10% of the costs of recycling are paid for by producers, from retailers through to packer fillers, raw material firms and businesses such as can makers.  In the future the whole cost could be met if the UK follows the approach of the European Union.

The real debate on this will come once a consultation document is published, which is expected in about June/July this year and this will flesh out the detail of the system which will be provided for in the Bill.