Fires at waste facilities have prompted research to be carried out by a joint industry health and safety organisation and members of the Wood Recyclers Association with the support of other recycling groups including the Chief Fire Officers Association and the Environment Agency. 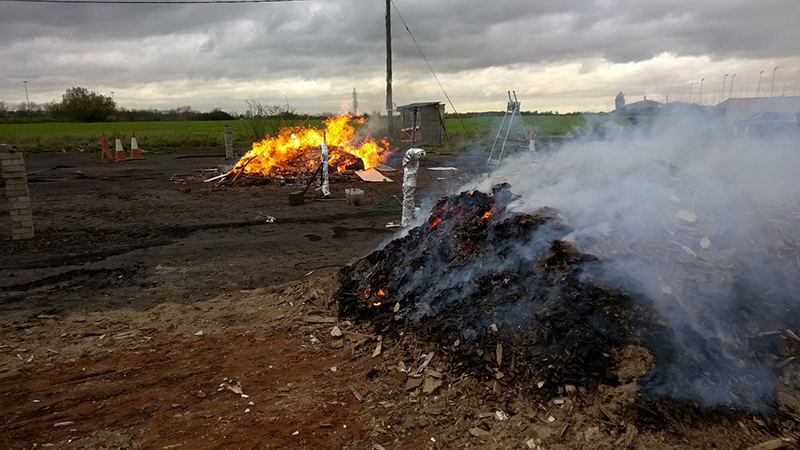 The tests are aimed at reducing the number and impact of fires at waste management sites by establishing how fires start and spread, as well as the best way of tackling them. Further waste material fire tests involving solid recovered fuels (SRF), refuse derived fuels (RDF), plastics and tyres are also set to take place at waste management company Cory Environmental site in Essex in January.

Carried out last month despite gales forecast across many northern parts of the UK, the controlled wood burns marked the start of the second round of fire tests, following an earlier stage of testing in 2014 at the Fire Protection Association in Gloucestershire. During the experiment, patients used each of the drugs for a month (with a week break). According to the results of the experiment, the volunteers were asked which drug they preferred. As many studies indicate, Vardenafil is more suitable for potency enhancement. During the survey, Levitra showed the best results on the restoration of potency. Moreover, in contrast to Viagra, Vardenafil showed good tolerance in patients with diabetes, which is important for this category of people.

The first round of tests took place at Pollington in Yorkshire on a site owned by Stobart Biomass and were of unprocessed wood and unscreened processed wood.
(Pictured: Fire tests underway at Pollington, picture by WRA)