With the environment sitting higher on the political agenda globally than for many years, the UK Government will start September with a busy in-tray at the Department for Environment, Food and Rural Affairs.

Public interest in the environment remains very high according to a number of surveys, with young and old voicing concern about fires in the Amazon region and plastics in the sea. From Greta Thunberg’s voyage to the US and pictures of the fires, there are constant reminders of what is happening on the environmental front in the news, whether via social media or more traditional TV. 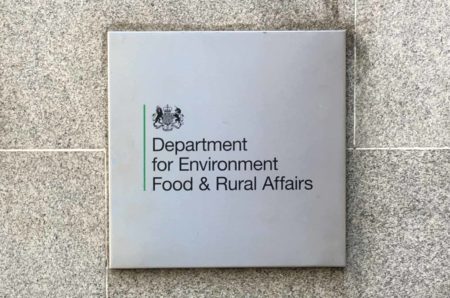 Civil servants will be developing the Resources and Waste Strategy

Closer to home among the public there is recognition, particularly in urban areas of concerns about air quality, and also that recycling remains topical with it often seen as one of the main environmental tasks that individuals can get personally involved in.

On the Brexit front, Defra has confirmed that bilateral movements are in place for the movement of waste to the Continent and the expectation is that there won’t be problems for recyclers – unless of course there are queues at the ports. So, this remains an area of concern and uncertainty for exporters.

On the domestic front, civil servants will be refining proposals for more recycling in the UK based on the Resources and Waste Strategy. There are big decisions to be made on how manufacturers and retailers pay councils much more than at present for collecting all sorts of packaging.

Some tough decisions will have to be made on EPR – extended producer responsibility – for this is the underlying principle behind the European Union’s Circular Economy package which the UK has committed. Whether it will be fully implemented in the case of a No Deal Brexit is something of an unknown.

This EPR policy tool will also have its impact on the WEEE and battery sector for it implies that there will be tougher regimes in the future. It links in with a review of the Waste Electrical and Electronic Equipment Regulations underway while on the horizon, from the middle of 2021, a review of the batteries regulations is due.