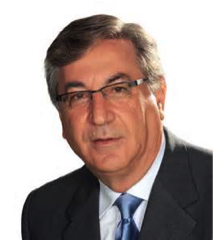 Relatively unknown Maltese politician Kermenu Vella has been chosen as the new European Commissioner for the Environment, Maritime Affairs and Fisheries by Commission President-elect Jean-Claude Juncker.

Subject to European Parliament approval, Mr Vella, a member of the Maltese Labour Party, will take over responsibility for the environment from Janez Potocnik – a portfolio that will merge with Maritime Affairs and Fisheries under Mr Vella.

After four years as the Environment Commissioner, Slovenian politician Mr Potocnik will step down from the role after recently putting forward a number of resource efficiency proposals for adoption, such as a mooted 70% recycling rate target for municipal waste in the EU by 2030.

64-year-old Mr Vella has previously served in Malta as Minister for Public Works, Minister for Industry and Minister for Tourism and has also held a number of business managerial and directorship posts at the likes of the Vodafone Malta Foundation and Betfair Group Ltd.

He is a graduate in architecture and civil engineering from the University of Malta and also holds a Master of Science in tourism management from Sheffield Hallam University.

Hearings for the 27 candidates chosen to be part of the new team of Commissioners will now take place before the European Parliament votes on whether to approve President Juncker’s appointments on October 22nd 2014.