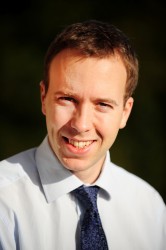 Business minister Matthew Hancock has welcomed the news that the UK met its WEEE collection target for 2014.

The Department for Business, Innovation & Skills (BIS) set a target to collect a total of 490,000 tonnes of WEEE in 2014; a target which was met with 491,007 tonnes having been collected across the year.

2014 was the first year of compliance under the revised WEEE regulations were brought into effect in January 2014 as it was alleged that old legislation was too costly for producers of electrical goods, who are obligated to fund the recycling of waste electrical equipment.

The new system prevents the trading of evidence between compliance schemes, which it had been alleged was pushing up the cost of compliance with the WEEE regulations for producers.

According to BIS, the cost of compliance for producers under the new regulations has fallen by around £18 million.

Commenting on the figures, business minister Matthew Hancock said: “I am committed to cutting red tape and freeing up business to create jobs and prosperity. By listening to industry through our Red Tape Challenge, we have improved the way we regulate the recycling of waste electrical and electronic equipment and, as a result, have saved firms in this industry almost £20 million in one year – at the same time as increasing the amount of fridges, freezers, computers and other products we recycle and beating our collection target.

“We are committed to working with businesses to identify areas that have gone well but also to identify what more can be done to build on a successful first year.”