Pay-as-you-throw (PAYT) schemes can significantly reduce waste and increase household recycling, according to a report by the pan-European organisation, the Association of Cities and Regions for Recycling and Sustainable Resource Management (ACR+).

PAYT usually means that waste is weighed per household and residents are charged by weight for collections. Variations can include selling residents collection sacks. Some business collection services are already operated on a pay by weight basis while others can involve charges for emptying bins, regardless of how full the bin is. 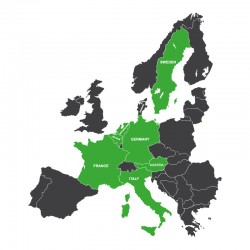 and challenges when introducing Pay-As-You-Throw, focusing on household waste.

The possible implementation of PAYT in the UK has been a subject of discussion, with fears of public opposition.

Looking at the application of PAYT through case studies, examining municipalities from seven different European countries, the report shows that PAYT has the potential to adapt well to local conditions, encourage waste reductions, increase recycling and composting and to be well-received by stakeholders, which gives it potential to spread. Showing that ‘there is not such a thing as ‘one fit for all’ guideline to make a PAYT scheme work since no municipality is the same,” the report notes that each case study comes with its own set of issues and circumstances.

PAYT can result in increased administration and operational costs as well as costs for training, information, education and equipment. Unpredictable waste generation can lead to uncertain revenues, which can translate to rising charges and a possible increase in illegal dumping as a result.

But the report concludes that, if backed by sufficient recycling infrastructure and a framework of environmental policy measures, PAYT schemes have “a strong potential to reduce waste and increase recycling,” and the growing collection of recyclables can increase revenues.