Planes taking off from British airports could be fuelled by waste, under a new government scheme.

The Department of Transport is offering £22m to projects in the UK developing low carbon waste-based fuels for planes and lorries, with matched funding from industry. 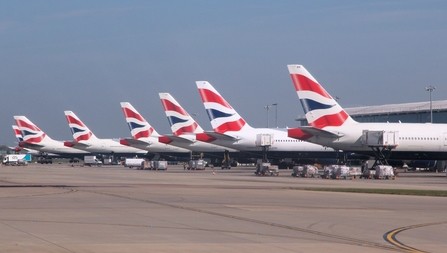 Already, there has been over 70 groups interested in bidding for the funding, said a statement released by the department on 29 August.

The fund is available to projects producing waste-based fuels to be used in planes and lorries that are too heavy to switch to electric power. The money would help the government deliver up to five new low carbon fuel plants by 2021.

According to the department’s figures, planes and lorries powered by waste fuels could use up to 90% less carbon than traditional fossil fuels.

Trials of jet fuel made from waste materials have already taken place in Europe and North America, said the government.

There has been previous interest in using waste materials, such as plastics, to provide a fuel.

In 2011, waste company Suez announced plans to convert end-of-life plastics into fuel – but these plans have not progressed. Similarly, American firm Solena dropped its plans for a jet fuel plant in 2016.

The  announcement follows the government’s plans to ban all new petrol and diesel cars by 2040 and grants to encourage the use of ultra-low-emission electric cars.

Transport minister Jesse Norman said:  “We are committed to cutting carbon emissions and promoting new environmentally-friendly fuels that will help us meet that goal.

“We are making funding available to innovative businesses which will lead the way in developing alternative fuels that are efficient, sustainable and clean.”