Collection volumes of waste electrical and electronic equipment (WEEE) measured in tonnes have fallen in the second quarter of 2017 compared to the same period 12 months earlier, figures published by the Environment Agency suggest.

And, the data suggests that overall, compliance schemes appear to be falling behind the required collection rate needed to meet the targets set by the government to fulfil producer recycling obligations by the end of the year.

Failing to meet the targets could mean that some schemes would have to pay a ‘compliance fee’ in order to meet their obligations at the end of the year. 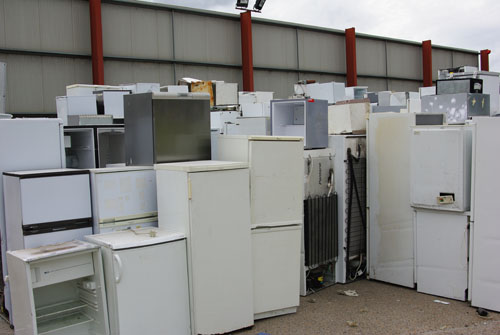 The provisional data, which was published on the Environment Agency’s website in September, suggests that a total of 133,000 tonnes of household WEEE was collected for recycling in the months April to June 2017, compared to around 150,000 tonnes collected during the same period in 2016.

This continues a trend seen in the first quarter of the year with the total tonnage of material collected below that recorded during the preceding year. During Q1 2017 around 137,000 tonnes of WEEE was collected by compliance schemes, down from 146,000 tonnes one year earlier