Three proposals to determine how the WEEE compliance fee will be costed in 2015 are currently out for consultation, after having been submitted to the Department for Business, Innovation & Skills (BIS).

The Department can choose to use the compliance fee under the revised WEEE regulations, which came into effect from January 2014.

The regulations establish a system of household WEEE collection targets for producer compliance schemes. Should a scheme fail to meet its collection targets, it can pay a fee to meet the cost of its members’ obligations.

The fee is determined after the end of each compliance year, and schemes won’t learn how much they will be required to pay through the fee until after every scheme has submitted its final evidence. 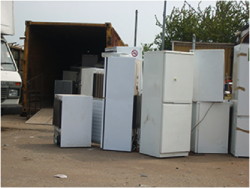 BIS opted to use a proposal by JTA for the 2014 fee, which collected around £375,000 in funds which are to be distributed to local authority WEEE projects. The mechanism involved using a sliding scale that set a higher fee for schemes the further they are from their target. This was calculated by taking into account the average cost of transport and treatment for each stream.

The ‘seven scheme’ proposal, submitted jointly by Advantage Waste Brokers, Dataserv Group, DHL WEEE Compliance, Veolia WEEE Compliance, Electrolink, WeeeCare and WE3 Compliance is based on the same ‘escalator’ principle as in 2014.

However, the proposal submitted by the schemes comprises a base compliance fee multiplied by an escalator which would increase the fee by certain percentages depending on the degree of shortfall in any particular stream against PCS collection target.

Valpak’s proposed methodology would see schemes provide direct collection and treatment cost data for the calculation of the fee, as well as a participation fee of £2,000 for each scheme wishing to use the mechanism, to cover administrative costs.

Stakeholders have until November 15 to provide views on the three proposals.