The 4kg weight limit for portable batteries, introduced by the Government last January, is having a marked impact on battery producers and battery recycling generally. 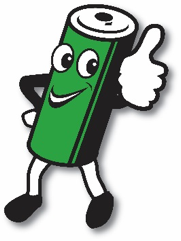 After over two years of deliberation, the Government introduced a weight limit of 4kg for all types of portable batteries, including sealed lead acid batteries. This limit came into force on the 1st January and immediately reduced the volume of lead acid batteries that qualify as evidence for producer obligations. The consequence of this change is that the UK is no longer collecting enough batteries to meet its 45% collection and recycling target and risks being in default of the EC Directive on battery recycling.

As a result of the new regulations, the UK is struggling to achieve 30% recycled batteries. In anticipation of changes to legislation, BatteryBack have built up a stock of portable batteries over the last six years ensuring their members will meet their obligation for at least the next four years. 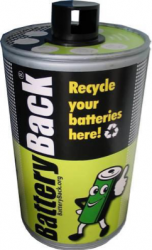 the general public to increase the number of domestic batteries recycled and enable the UK to achieve its annual targets in the coming years. Already with over 30,000 collection points in place, BatteryBack envisages over 100,000 collection points throughout the UK by 2020 supported by community projects, doorstep collections and producer campaigns.

A further consequence of the new weight limit is that BatteryBack is now able to fulfil its pledge to invest in a battery recycling operation in the UK.  Dave Reynolds, General Manager of BatteryBack plc advised: “The certainty that the new weight limit brings enables us to get support from our shareholders to invest in a battery recycling facility. We will be announcing our plans shortly but it is our aim to build sufficient capacity to handle the UK’s recycling requirements for lithium and alkaline batteries”.

BatteryBack was established in 2009 in the vanguard of the Battery Recycling Regulations. Responsible for collecting and recycling over 60% of all the portable batteries recycled in the UK, BatteryBack is committed to meeting the European collection and recycling targets whilst keeping costs to producers and therefore consumers as low as possible.