The UK’s anaerobic digestion (AD) sector could ‘double or triple in size’ by the end of the decade, a report by WRAP, the sustainability and resources charity, has suggested.

‘The Organics Recycling Industry Status Report 2015’, recently published, suggests that growth in the AD sector is set to continue, with the sector having grown at a “rapid pace” between 2004 and 2014 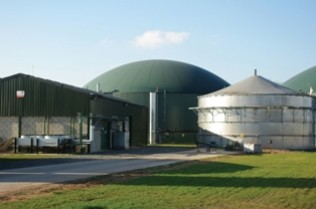 It is estimated that there are close to 500 potential new plants in development – including those using organic waste feedstock – which could potentially “double or triple the size of the sector between 2014 and 2019”.

However, the report advises that this is “highly dependent” on the policy landscape, support for renewable energy incentives and access to suitable feedstocks.

According to the report, in 2012, 105 AD plants processed up to 2.4 million tonnes of inputs with 120 MWe output capacity. By 2014, this increased to 259 facilities processing 5.26 million tonnes of feedstock and providing 238 MWe of generating capacity.

The report has highlighted the potential for an expansion in the volume of waste handled with an estimated 4.76 million tonnes of food waste still disposed of via the household waste stream. And, this leaves a “major potential untapped feedstock” for AD plant operators, WRAP has claimed.