New legislation is to be introduced to give the Environment Agency greater powers to tackle waste site operators who have breached the terms of their environmental permits, the government announced last month (October 9). 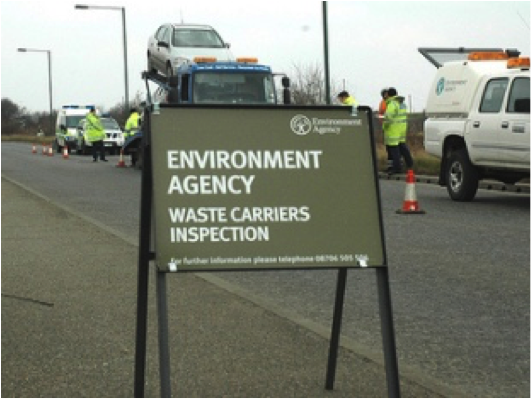 The promise to strengthen powers came in a response to comments gathered by the Department for Environment, Food and Rural Affairs during its consultation on enhanced enforcement powers to tackle waste crime

The consultation was carried out by Defra and the Welsh Government, so it will also see the Welsh regulator, Natural Resources Wales (NRW), given new powers to tackle waste criminals.

The proposals will see regulators given enhanced powers for suspending permits and issuing enforcement notices, as well as widening the regulators’ ability to require the removal of waste from land.

This includes tightening up on the technical and financial competence of operators, the need for a fund to clear up abandoned sites, and the introduction of fixed penalty notices for fly-tipping.

According to Defra, waste crime activities cost the UK more than £500 million each year through the small-scale and organised fly-tipping, illegal dumping of waste and the illegal operation of waste management sites.

The new legislation will, Defra said, include allowing regulators to suspend a permit where an operator has breached their permit and there is a resulting risk of pollution.

In its response, the Department noted: “The weight of argument is in favour of giving stronger powers to the regulators to take action against persistent and entrenched poor performance by some operators in the industry. The government agrees that enforcement powers should continue to be linked to a risk of pollution rather than simply the breach of an enforcement notice.

“We therefore propose to make an amendment to regulation 37 of the 2010 Regulations. The amended legislation will expand the regulators’ powers to issue a suspension notice where there has been a breach of a permit condition and a consequent risk of pollution. This amendment will apply to all activities regulated under the 2010 Regulations and not just waste operations.”