A raid by the Environment Agency at a storage site in Essex uncovered WEEE and used gas bottles potentially bound for illegal export. 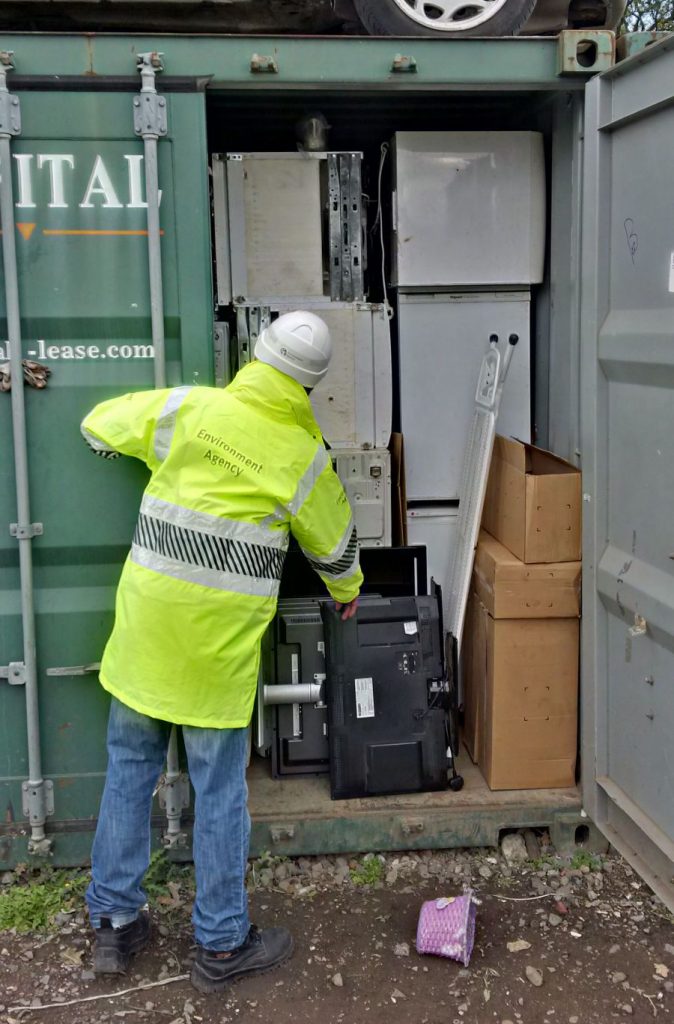 Upminster. The Agency described the site as a large storage facility where shipping containers are rented out to individuals and companies for storage.

According to the Environment Agency intelligence had been received to suggest that the site was being used to store Waste Electronic and Electrical Equipment (WEEE) prior to illegal export.

After having opened the containers, Environment Agency officers found a large store of WEEE including broken fridges, computers and televisions, which it had claimed were bound for export to Africa – where it is illegal to send non-working electrical items.

Officers also uncovered more than 900 gas bottles, worth more than £50,000, some still containing gas which are banned for export as they remain the property of the brand owner.