Meeting higher targets for the collection of waste electronic and electrical equipment (WEEE) looks “very achievable”, according to an official from the Department for Business, Innovation & Skills (BIS).

Speaking at a WEEE Conference in London in June, Steven Andrews said that both EU collection and producer compliance scheme targets had been achieved, while the next step was to collect 45% of all electrical and electronic equipment placed on the market from 2016 – and potentially 65% by 2019. 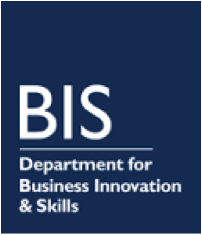 Mr Andrews explained that much of the current progress in the WEEE system had been driven by greater producer compliance, as well as policy driven by ‘dual use’ to reflect the European Commission interpretation.

The difference centred on the interpretation of ‘dual use’ WEEE, which includes items such as PCs or television screens, which could conceivably be used in business or by consumers. In the UK, the definition was also qualified by the quantity of WEEE being presented for collection.

Commenting on the reclassification, Mr Andrews said: “Dual use is a very tricky issue and one that has been forced on us. We think there’s a difference between something built for a B2B and B2C market and I think we can still use that distinction in some dual use.”