The Department for Business, Innovation & Skills (BIS) has outlined its plans to increase the target for collections of waste electrical and electronic equipment (WEEE) in 2015.

Proposals were distributed to WEEE compliance schemes in March which indicate that government officials favour a target based on the average growth or decline in tonnage of WEEE collected since 2010 for each category of EEE. 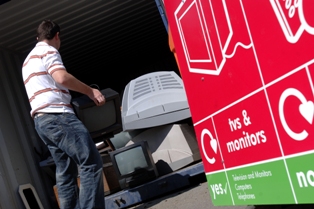 Higher targets for WEEE collection have been mooted by BIS

BIS is currently analysing views on the proposals submitted by compliance schemes – and is expected to reveal its final decision on the 2015 target shortly.

The government’s assertion that it has met WEEE recycling targets for 2014 is currently under review, after it was suggested that the UK may have fallen short of its collection target, due to a disparity in data recorded by the Environment Agency and via the WEEE settlement centre.

However, BIS is believed to be satisfied that its data is robust, as the Agency’s provisional figures, which suggested that 481,263 tonnes of WEEE were collected, just shy of a target to capture 490,000 tonnes of material – are provisional and do not take into account late data submissions.