Waste minister Thérèse Coffey has hailed the impact of the 5p carrier bag levy in England, with data released in August suggesting that the measure has led to a substantial drop in bag usage.

Introduced on 5 October 2015, the bag levy requires retailers to charge at least 5p for the use of single use carrier bags – in line with similar measures put in place in Scotland, Wales and Northern Ireland.

Figures released by DEFRA show 1.1 billion single use bags were issued by retailers during the first six months of the charge (October to April) 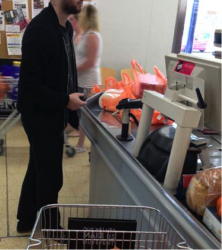 But, the regulations in England, unlike in the devolved nations, include a series of exemptions which allow shops to continue issuing free paper bags, for example, and not to charge at all if they employ fewer than 250 people nationwide.

Data released by the Department for Environment, Food and Rural Affairs (Defra) on Saturday (30 July) suggested that around 1.1 billion single use bags were issued by retailers during the first six months of the charge (October to April 2016).

Defra has also compared the number of bags issued by seven of the major retailers in England – Asda, Marks and Spencer, Sainsbury’s, Tesco, The Co-operative group, Waitrose and WM Morrison – which jointly issued 61% of the overall total of single-use carrier bags in the six months since the start of the levy.

The seven retailers issued a total of 0.6 billion bags between October and April, compared to 7.6 billion overall in 2014.

England is the final part of the United Kingdom to introduce a single-use plastic bag charge following roll outs in Scotland, Wales and Northern Ireland.

Wales introduced a levy for single-use carrier bags (plastic and paper) in October 2011. Research released in the first six months of the scheme from the Welsh government claimed own bag use increased from 61% to 82%.

Northern Ireland introduced a charge in 2013, and data released by the executive in August 2014 suggested bag-use had fallen by around 70%. Scotland introduced the levy in 2014 and according to government data the country has seen a reduction of 80% in bag-use.