Progress towards meeting environmental targets is likely to be impacted by cuts to government budgets the National Audit Office has claimed.

Spending plans outlined by the then Chancellor George Osborne in November 2015, set in motion a 15% cut in day-to-day spending for the Department of Environment, Food and Rural Affairs (Defra), which is responsible for delivery of policy around waste and recycling. 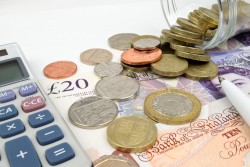 Much of the saving is anticipated to be met through organisational reform, including reductions in the number of administrative staff working within the Department.

Following an analysis of the plans, commissioned by the House of Commons Environmental Audit Committee, the NAO has claimed that the signs ‘at this early stage’ suggest that the review decisions “will have a mixed impact on achievement of environmental targets.”