Defra has confirmed that it will introduce a fixed penalty notice (FPN) for breaches of the household waste duty of care.  Homeowners could now face financial penalties of up to £400 if they fail to ensure their waste is given to a licensed carrier. 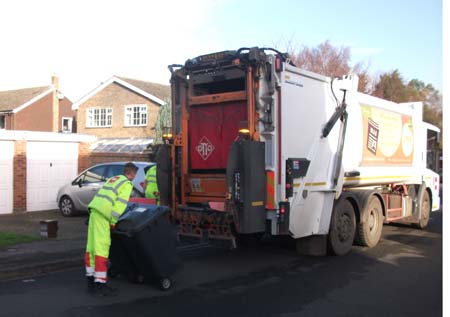 Defra’s announcement was made in late November in the wake of its consultation on ways to tackle waste crime and tackling “poor performance” within the waste sector.   The plans include “further action” to crack down on illegal sites and explores new permissions for local authorities to fine residents if they’re caught using an unlicensed waste operator.

The FPN will provide councils and other local authorities with “an alternative enforcement option to prosecuting offenders through the courts,” says Defra, which has been described as a “lengthy and costly” procedure.

The new measures consist of a requirement for all waste premises to have a written management plan in order to reduce risks of pollution to the environment, while making it more difficult for applicants with relevant past offences to receive a permit to operate a waste facility.

The proposed fixed penalty notice, Defra notes, will be implemented through legislation in England this year and in Wales at the beginning of 2019.   In addition, the regulator said it intends to introduce further legislation next year which will outline the legal requirement for waste operators’ “technical competence.”

A supplementary government response setting out its approach to exemptions will be published in due course.