As the UK starts to get used to paying for single use bags and their usage falls, there remain concerns that too many are still used and that ‘Bags for Life’ are also being used in greater volumes than needed. 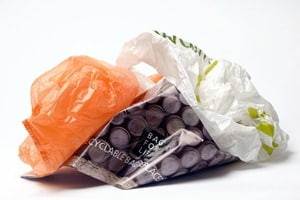 So, in the wake of the Resources and Waste Strategy and its emphasis on reducing the amount of plastic in the waste stream, the Department for Environment, Food and Rural Affairs issued a consultation at the end of December on plastic bag charges and amendments.

The government is consulting on plans to increase the minimum charge for retailers issuing single-use carrier bags by 5p to 10p, as well as extending the charge to cover smaller shops.

Introduced in October 2015 – the charge was aimed at reducing the number of single-use bags issued by retailers – in line with similar measures put in place in Scotland, Wales and Northern Ireland. Currently, the 5p charge applies only to larger retailers (those with more than 250 employees), but according to the government over 3.6 billion single-use plastic bags are supplied annually by small and medium-sized enterprises (SMEs) which are currently not covered by the legislation.

Some smaller retailers are currently voluntarily applying the 5p charge to single use bags.