Defra has announced that it will amend the WEEE (waste electrical and electronic equipment) regulations to introduce a mandatory requirement for producer compliance schemes to be part of a Producer Balancing System (PBS). 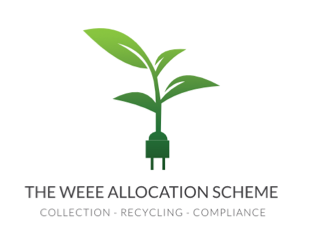 The balancing system is used to ensure that waste electrical equipment (such as fridges) is collected from local authority civic amenity sites at no cost to the local authority.

The topic has caused much discussion in the WEEE sector as some consider that the system should be voluntary because there is the potential for it to operate unfairly to some companies. This is because some businesses may be happy to collect from civic amenity sites as it could be at a lower cost than they might have faced through the normal WEEE collection process.

The announcement came as part of Defra’s WEEE consultation response document regarding Open Scope and the PBS, which was released on Friday (May 18).

It is likely that DEFRA will opt for a single national scheme. The voluntary PBS launched in 2016 has attracted criticism for its lack of transparency and the inflationary impact it has had on the cost of evidence. With the UK falling short of its WEEE recycling targets last year and falling further this year, the need for the PBS should diminish not increase. Also the cost of providing Regulation 34 evidence should not double as it has over the last year or so. An alternative PBS entitled WEEE Allocation Scheme has recently been launched to overcome some of the shortcomings of the current scheme.

The PBS is explained by the Environment Agency as a “collaborative solution” to meet the statutory demands from local authorities for the clearance of WEEE from their CA sites/HWRCs, where it has not been possible to enter a contract with a specific PCS. Importantly, it means that local authorities in commercially unattractive, remote locations, are guaranteed to have their WEEE collected, with the costs split between members of the PBS by market share.