Waste Electrical and Electronic Equipment has been in the news recently with discussion on topics such as what counts as WEEE and in particular what is a domestic fridge. 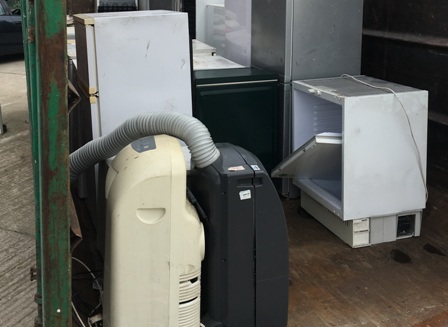 Defra has suggested that that items beyond the typical fridge would qualify as domestic WEEE which local authorities should accept at civic amenity sites. For example, this could include a range of electrical items, such as cold drinks fridges found in the Argos store catalogue, which should be deemed household WEEE. Accordingly they would be collected by producer compliance schemes under the WEEE regulations.

But if someone arrived at an HWRC purporting to be dropping off household waste in the form of a branded ice cream’ fridge, then it was for the local authority to properly assess this at the civic amenity site and that it would not be eligible for the system as household WEEE.

The Environment Agency is also keeping an eye on the situation with regard to fridges. Speaking at a WEEE conference in June, Chris Grove, environment and business senior advisor at the Environment Agency, said that the WEEE scheme forum and the local authority group NAWDO were encouraging industry to set out guidelines over this. “From a local authority point of view you have to give some assurances that it has come from a household. Our view is that this will be best addressed by industry itself. As a regulator we can only comment on what the law is.”