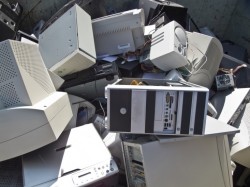 A ruling which requires WEEE reprocessors and producer compliance schemes to ensure any dual-use WEEE is counted as ‘consumer WEEE’ is now in force.

The Environment Agency has told businesses and schemes of their obligations in line with the Department for Business’ revised ruling on classifications. Items considered to be dual-use WEEE include television screens, personal computers, vacuum cleaners and audio equipment.

The difference centred on the interpretation of ‘dual use’ WEEE, which includes items such as PCs or television screens, which could be used within businesses or by consumers. Previously in the UK, the definition was also qualified by the quantity of WEEE being presented for collection.

BIS has stated that this will apply for producers placing new items onto the market from January 2016. In a note issued to schemes and reprocessors , the Agency stated that it will be applied for WEEE arisings with immediate effect. The Agency noted: “To date our interpretation of this definition has considered both nature and quantity in order to determine how WEEE should be classified.

“On the 16th October 2014 BIS announced that their guidance will be revised to reflect a policy position which now focuses solely on whether EEE is likely to be used by both private households and users other than private households. The effect of this is to remove any consideration of the quantities arising when considering whether WEEE is B2B or B2C.”