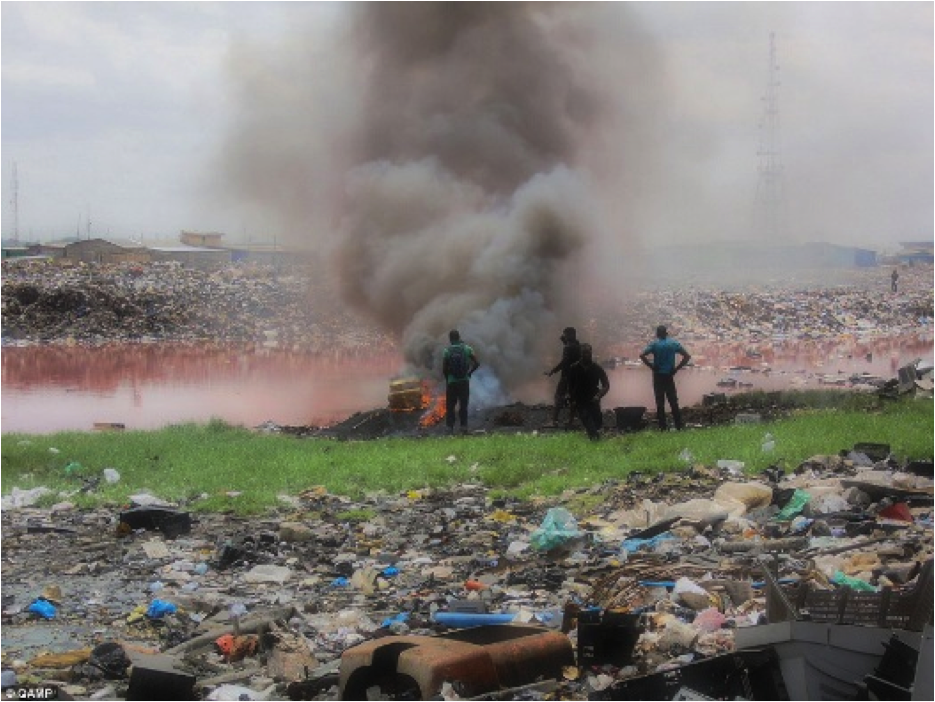 Photographs show one of west-Africa’s vast electronic graveyards where tonnes of used and unwanted appliances from all over the world are being dumped every year. Computers, microwave and fridges are just a few of the electronic items which are are being illegally exported to African countries and dumped in landfills in Ghana because “it costs less than recycling them in their countries of origin” it is claimed.

Steve Mellings of ADISA is quoted as saying: “There are already laws in place claiming to stop the export of waste but government has been slow to bring wide scale action against operators who flout these laws but prison sentences ARE being given out (http://www.mrw.co.uk/news/prison-sentence-and-fine-over-weee-export-attempts/8677447.article) For what it’s worth my primary belief is that to try to stop this issue in Ghana by banning imports is too late and by trying to stop it at point of exit from each country is futile as in the UK the EA has a million and one tasks and is under resourced. I believe the best way of addressing this in the B2B marked is to look at how behavior is formed. Those companies releasing assets need to accept their responsibilities and look to use high quality service providers and they need to appreciate that there is cost associated with processing assets appropriately. I’d love to see more action taken against companies who release assets without due care and attention but to date I’ve seen only this action way back in 2010 (http://www.computerworlduk.com/news/public-sector/20869/plymouth-city-council-fined-12000-for-weee-breach/ ). By utilising a controlled and rewarded downstream not only are data issues alleviated but also you decrease the appetite to look to recover cost through any means (foul and fair). It makes sense that if my business is failing because I’m having to undertake the services I do for no reward then I will either go bust OR look to create other revenue streams. Even law abiding people have pressures in their lives so why do business end users expect a service for nothing?”