On April 20 a series of raids were made by police and the Environment Agency over alleged illegal waste operations in England.

Two arrests were made following the raids at sites in Staffordshire, Herefordshire and Hertfordshire.

With waste crime remaining a major issue in the sector, to 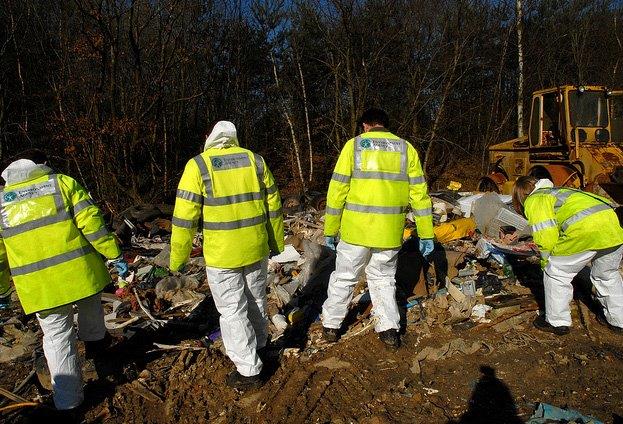 the detriment of councils, the public and regulated businesses who have invested to ensure proper peformance and compliance, the Agency has been tasked with working on the problem by government. The Agency explained that the five dawn raids were carried out as part of an in-depth investigation, which has been ongoing since last summer into illegal dumping of waste.

According to the Agency, enforcement action took place at five separate addresses across the three counties following an investigation into illegal dumping of between 20,000 – 25,000 tonnes of waste at 17 sites across the Midlands, North West and North East.