The referendum vote in favour of leaving the European Union has broadly received a ‘thumbs down’ from the waste and recycling sector although some have observed that it could free the UK from too much regulation.

However, there is concern that environmental standards could be threatened and there is also recognition among businesses in the sector that a lot of UK legislation on the environment has derived from EU regulations, most notably the Landfill Directive.

Now, while the picture is unclear as to how the UK will shape the exit process, experts consider it is too early to tell as to the actual impact because it is unclear what the government will be doing.

A number of lobbyists are already calling for the UK to ensure that whatever happens, that standards and rule regulations remain to protect the environment. 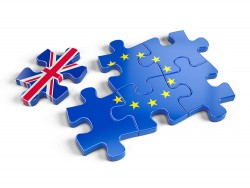 Others are critical that the government has not been doing enough in any case and needs to adopt a more vigorous plan to ensure that environmental challenges in waste and recycling and other areas, such as air quality, are tackled and that standards are maintained or further improved.

In the wake of the referendum vote, the ministerial line-up at Defra remained unchanged. But, with the mass resignations of the Shadow Cabinet, a new shadow environment secretary was appointed. The new appointee is Rachel Maskell, Labour MP for central York, who appears not to have previously been involved with the environment to any great extent.

Editor’s comment: The initial shock of the EU referendum result is beginning to be replaced with the cold reality of where do we go from here? With the stock market already rebounding to pre-vote levels some may be excused for thinking the panic is over. Whether you are a remainer or a leaver, we are all in this together and it is essential we look to the future to ensure we all work to build a stronger country in a peaceful and prosperous world. In the meantime, the big question is how does it affect us?

There is no doubt that there will be gyrations in the financial markets for some months, possibly years to come until Britain finds its new place in the world. While there clearly will be changes, there are some fantastic opportunities for Britain as well as for the environmental sector.

The immediate effect for will come from a weakening pound increasing the value of recovered commodities. This may be offset with an increase in the cost of fuel and some treatment costs, but we believe this impact will be small. The weakening pound will also improve exports and hopefully productivity in Britain which will result in more business for the sector. It is too early to predict the impact of any new trade deals whether with or outside the EU.

Over recent years the environmental regulations have been very much driven by Europe, however there is no reason to believe that Britain would abandon existing targets nor step out of line with international agreements.

It is important that we all keep a cool head during what will undoubtedly be a turbulent time, but there is every good reason that Britain’s economy should strengthen in the medium to long term.