The EU Commission has announced that it will take Poland and Slovenia to the European Court of Justice for failing to meet the deadline to transpose the Waste Electrical and Electronic Waste (WEEE) Directive into their internal laws. 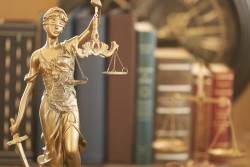 Daily fines requested by the Commission stand at €71,610 (£51,000) for Poland and €8,408 (£5997) for Slovenia. Member States had until 14 February 2014 to implement the recast WEEE Directive into national law, but neither of the countries is yet in compliance, according to the Commission.

Slovakia, too, had failed to meet the deadline, the Commission alleged, adding that it had taken infringement proceedings against the country to the second stage. This involves sending case papers with a “reasoned opinion” to the Slovakian government and giving it just two months to act before the EU can refer the case to the Court of Justice.