Recycling in households across Europe has continued to rise, according to figures published by the European Environment Agency.

The EEA has also claimed that European nations are improving their diversion of waste from landfill – according to the data which covers the year 2014.

Figures were recorded for the 28 EU Member States as well as Iceland, Norway, Switzerland and Turkey. 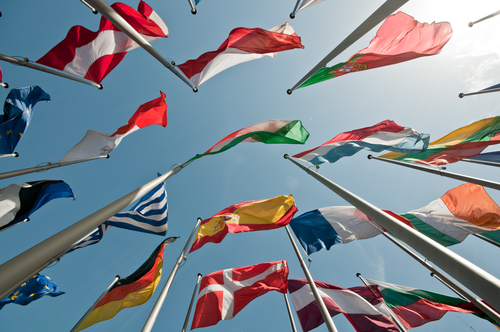 Overall, landfill rates decreased in 27 out of 32 countries. In Austria, Belgium, Denmark, Germany, the Netherlands, Norway, Sweden and Switzerland, virtually no municipal waste was sent to landfill sites, EEA has claimed.

In the United Kingdom, EEA noted that municipal waste generated per person has declined from 602kg in 2004 to 482kg in 2014.

This put the UK among those countries with the highest increase in recycling rates – increasing by up to 29% – together with Lithuania, Poland, Italy and the Czech Republic.

The chair of the resources and waste charity WRAP – Julie Hill – has called on UK policy makers not to neglect green policies as a result of Brexit.

Ms Hill was speaking at the WRAP Cymru Conference in Cardiff last month, where she said that the government must not lose sight of issues such as the circular economy, despite other areas of policy likely to come to the fore due to Brexit.

She said: “It would be tempting for governments and businesses around the world to say ‘you know, we’ve got quite a lot on our to-do list at the moment, and being green is way down that list.’ They are missing the point, it is not about green wash, it is a real business and economic growth opportunity.

“We will not prosper if we keep doing things the same old way. Now, more than ever, we need the circular economy.”

Ms Hill called on the UK’s governments to enact policy initiatives that would reduce reliance on virgin raw materials and products that can be easily repaired.