Official figures reported by the government for the recycling of waste from UK households have indicated that recycling rates dropped in 2015 – the first time that the figure has fallen.

A statistical release on the data, published on 15 December indicated that the combined recycling and composting rate for waste from households stood at 44.3% in 2015 – falling down from the 44.9% rate recorded in 2014. 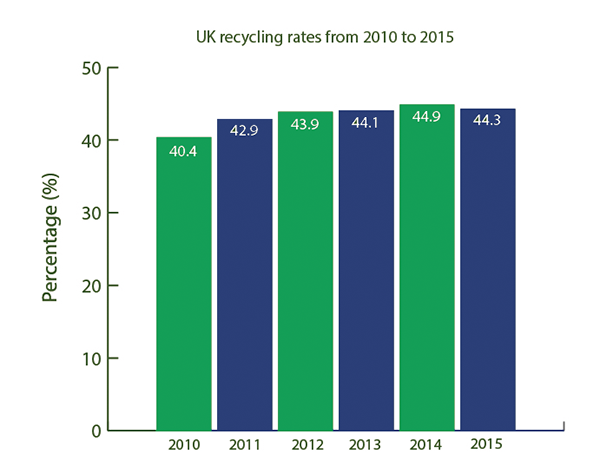 In its analysis of the figures, the Department for Environment, Food and Rural Affairs (Defra) has noted: “This is the first time the rate has fallen since it began in 2010, though the 2015 figure still represents the second highest annual value on record.”

Other factors that could be behind the reduced weight of recycling could be that there are less newspapers and magazines in the household waste stream.