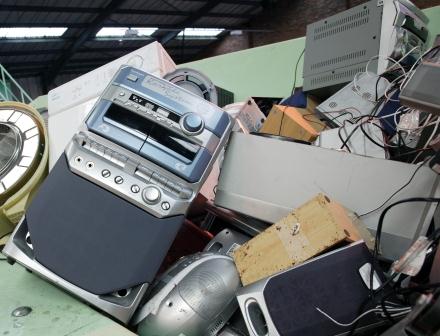 The amount of WEEE being generated across the globe reached around 41.8 million tonnes in 2014, and is due to reach close to 50 million tonnes before the end of the decade, research published by the UN suggests.

These are among the findings contained in the annual ‘Global E-Waste Monitor’ report published by the United Nations University, the academic research arm of the UN, last month.

The report notes that the vast majority of the WEEE discarded from household sources included end-of-life kitchen, laundry and bathroom equipment like microwave ovens, washing machines and dishwashers. Meanwhile, just 7% of e-waste in 2014 was made up of mobile phones, calculators, personal computers, printers, and small information technology equipment.

The UK was among the top five ‘per-capita’ producers of WEEE – alongside Norway, Switzerland, Iceland and Denmark. According to the report, the UK generated an estimated 1.5 million tonnes of WEEE in 2014, averaging around 23.5kg per inhabitant. The US and China produce the most e-waste overall, contributing 32% of the world’s total WEEE generation.

According to the UN, the “escalating global e-waste problem” is being driven by the rising sales and shortening life cycles of electrical and electronic equipment.

Commenting on the report, UN Under-Secretary-General David Malone, said: “Worldwide, e-waste constitutes a valuable ‘urban mine’ — a large potential reservoir of recyclable materials. At the same time, the hazardous content of e-waste constitutes a ‘toxic mine’ that must be managed with extreme care. The monitor report provides a baseline for national policymakers, producers and the recycling industry, to plan take-back systems.”