The Environment Secretary Michael Gove has announced plans for a renewed strategy on waste and resources that will “look ahead to opportunities outside the EU”. 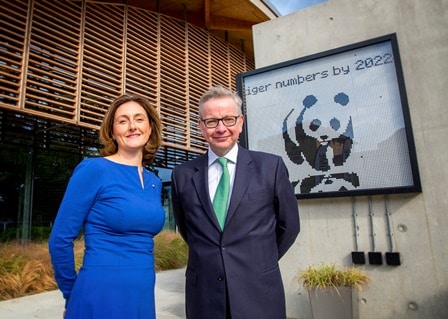 Speaking at an event held by the World Wildlife Fund (WWF) in July on ‘Delivering a Green Brexit’, Mr Gove outlined policies aimed at reducing the amount of plastic entering oceans, improving incentives for reducing waste and litter and a review of the penalties available to deal with polluters.

“We are developing expertise in new areas from Ultra-Low Emission Vehicles to waste management, supported by wise leadership from the ministerial team at the Department for Business, Energy and Industrial Strategy,” said Mr Gove.  He also highlighted how the government could adopt new ways of incentivising recycling based on “the environmental impact and value of the material, rather than a crude weight-based target that focuses recycling on things that happen to be heavy”.

In his speech to WWF, Mr Gove also focused on preventing sources of plastic making their way into our oceans and seas, highlighting the government’s 5p charge on plastic bags and the incoming legislation on the ban of selling and manufacturing microbeads.

As part of the government’s Litter Strategy, an expert group is exploring ways to reduce the use of commonly littered items and are weighing up the advantages and disadvantages of different types of deposit and reward, and return schemes.

Mr Gove also plans to bring forward legislation against littering from vehicles. And the government is expected to publish its response to a consultation into increasing the fixed penalty fine for littering.

(Pictured: Tanya Steele, CEO of the WWF with Michael Gove)