The Government is set to introduce some form of deposit return scheme (DRS) for single use drinks containers, which could cover plastic and glass bottles, as well as cans. 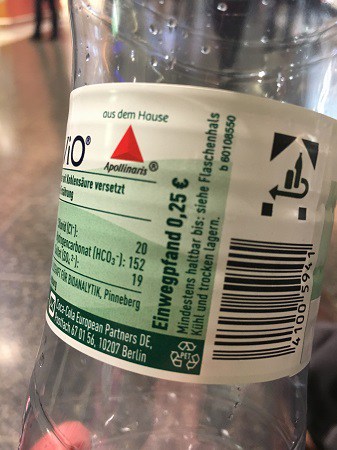 The announcement came from Secretary of State, Michael Gove, and is subject to consultation. The scope of the scheme remains unclear at present and will fit in with other policies, Mr Gove revealed in a Sky Interview.

It also appears that the deposit return scheme could simply focus on ‘away from home’ measures but there is a lot of argument about this.

In a statement, Defra said: “The government has confirmed it will introduce a deposit return scheme in England for single use drinks containers (whether plastic, glass or metal), subject to consultation later this year.

The consultation will look at the details of how such a scheme would work, alongside other measures to increase recycling rates. We hope to talk to the devolved administrations about the scope for working together on this important issue.”

The details follow the publication of an important study by the Cabinet Office – the Voluntary & Economic Incentives Working Group Report – which found that “More work needs to be done to assess the implications and impacts of a DRS before one is introduced” and that “the costs of implementing a DRS, and the benefits that could outweigh them, will very much depend on the exact DRS model that is developed and the outcomes that it is seeking to achieve”.  The report recognises the need to make sure the scheme ties in with existing programmes and the work of local authorities.

In Norway, a deposit of 1 Krone (approximately 10p) for small plastic bottles and 2.5 Krone for larger bottles is paid by the consumer when purchasing a re-usable plastic bottle. This is then taken to a vending machine where it is refunded.

Machines can be found at larger retailers where ‘tickets’ are issues which can be cashed in at the till for either credits or cash. Smaller retailers can arrange a manual collection.

Norway was one of the DRS systems flagged up by a Defra representative at last year’s RWM event.