Over £1.1 billion was raised by the Treasury through Landfill Tax in 2014, according to figures published by the Office for National Statistics (ONS).

The figure is almost 10 times the income of £113 million generated from the tax when it was first introduced in 1996. 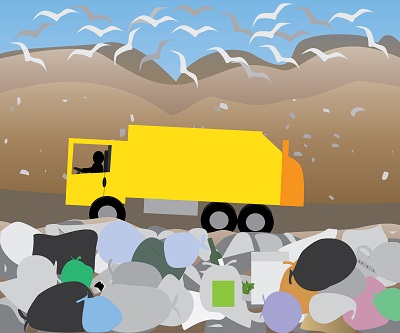 The landfill tax was initially set up to help divert waste from landfill and drive waste further up the waste hierarchy to incentivise recycling and energy recovery investment.

However, the figures also show that revenue actually dipped slightly in 2014 following the record £1.2 billion generated from landfill tax in 2013.

This represents the first time that landfill tax revenue has dropped since 2008/09, when income fell from £954 million to £842 million.

The decline is likely to be the result of the Treasury’s decision to remove the landfill tax escalator in the 2014 Spring Budget – which had been in place since the tax was set up.

The levy, which under the escalator had previously risen by £8 per tonne each year, now rises in line with inflation – with the standard rate and lower rate of tax increasing from £80 to £82.60 per tonne and £2.50 to£2.60 per tonne respectively in April 2015.