A Leeds waste operator has been jailed for seven years and six months for defrauding the electrical waste recycling industry out of £2.2million.

Terence Solomon Dugbo, 45, of High Ash Avenue, Leeds, was sentenced on Friday 15 July at Leeds Crown Court following a major Environment Agency investigation and seven-week trial. The Environment Agency claims that the sentence is the highest ever handed down for an environmental crime. 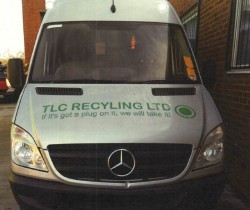 According to the Agency, investigating officers discovered that Mr Dugbo had falsified paperwork to illegitimately claim that his Leeds-based firm TLC Recycling Ltd had collected and recycled more than 19,500 tonnes of household electrical waste during 2011.

In reality, the company had never handled the amounts of waste described, and he was not entitled to the substantial recycling fees he was paid for WEEE recycling evidence.

Dr Paul Salter, senior environmental crime officer at the Environment Agency, said after the hearing: ”Terry Dugbo’s illegal activities defrauded legitimate recycling schemes out of significant amounts of money. He masterminded and fabricated a flow of false paperwork that claimed his business was collecting and recycling vast amounts of waste electrical goods when in fact he wasn’t.”