Councils have the opportunity until the end of September to apply for money from a £665,000 fund to support projects, led by local authorities, which will deliver increased levels of re-use and recycling of waste electrical equipment. 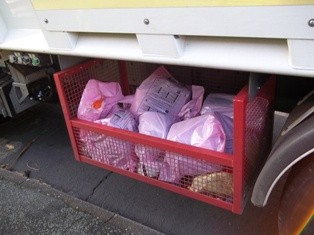 The money comes from producers and retailers of electrical equipment in the form of either payments to the fund or via the compliance fee system, into which schemes and companies pay under certain conditions of the WEEE Regulations.

Proposals are now being sought from local authorities working with partner organisations for initiatives which are “innovative, sustainable and which aim to drive collections of waste electrical equipment for re-use and recycling”. Applications have to be in by September 29.

Commenting on the fund, environment minister Thérèse Coffey said: “With more than a million tonnes of electrical equipment waste generated in the UK each year, it is encouraging to see that around 60% is already being recycled or reused.

“We want to build on this, and todays’ funding will help support creative local projects that encourage us to do even more to reduce the amount of waste we send to landfill.”