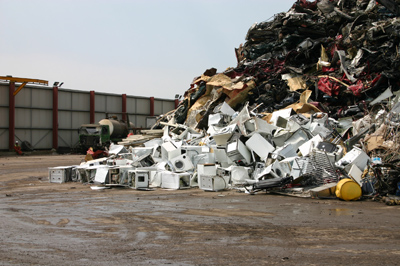 A notable decline in scrap metal prices led to a drop in the value of waste and recycling to the UK environmental goods and services sector between 2010 and 2012, the Office for National Statistics has reported.

The green economy is now under further pressure as European governments put the environment on the back burner.

The figures are part of a statistical bulletin released last month (April 2015) by the ONS looking at green economy activities undertaken in the UK between 2010 and 2012.

The reduced price of scrap metal impacted the added value of waste and recycling to the UK green sector between 2010 and 2012.

The ‘recycling’ and ‘waste management and waste water’ sectors recorded the largest decline in value added to the industry within the two year period – contributing £613 million and £527 million respectively.

The fall has been put down to the low value wholesale of waste and scrap in the two year period, which dropped by 31.7% due in part to a decline in global metal prices.

In comparison, ‘production of renewable energy’ contributed £2.2 billion to the environmental goods and services sector value added, with around 20% from domestic energy production and the remainder by main power producers and auto-generation units of businesses.