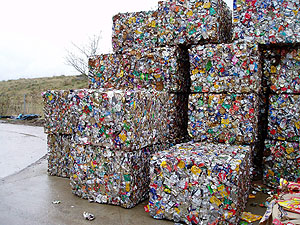 For those with significant volumes of packaging waste – metal, glass, plastics and paper – the latest data for the UK’s packaging waste recycling system, based on PRNs, made interesting reading.

For example, they showed that changes to scrap metal protocols appeared to have led to a shortfall in the amount of aluminium packaging recovered in the first quarter of 2015.

And, changes to rules on energy-from waste accreditation have also seen an estimated shortfall of 110,000 tonnes in the amount of recovery PRNs accepted over the first quarter.

The figures prompted the aluminium sector organisation, Alupro, to react with a call for a shake-up of how PRNs are issued. Some involved with packaging have long argued that exporters of used packaging have an advantage because some contamination, in the form of other materials, is counted as packaging.

There was a more positive outlook for the glass sector and for steel. And, while recycling of plastics was proportionately reduced during the quarter, compared to what might be needed to meet annual targets, the reduction was seen as not being too bad. Some 195,231 tonnes of plastics were recycled, about 25,000 tonnes less than required if the figures were annualised out.

Produced by the Environment Agency, the data is provisional and subject to amendments.