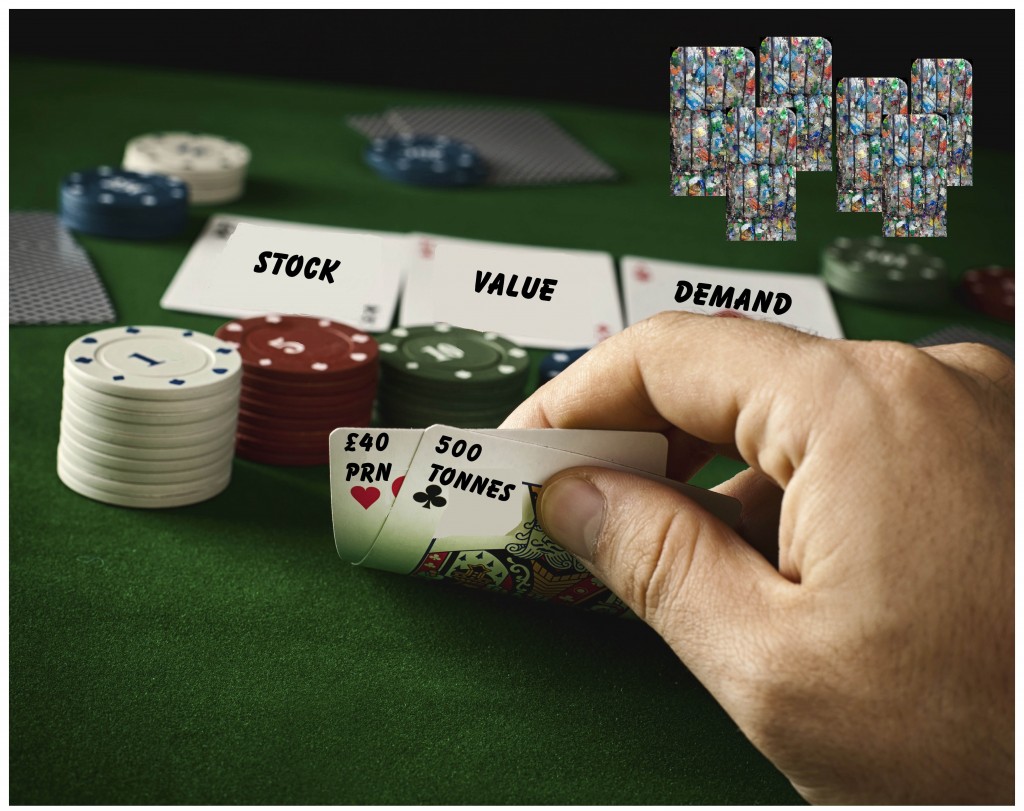 This time it is the plastics PRN which is attracting attention with expectations that the price for a PRN, which represents the recycling of one tonne of material, could move towards £100 a tonne before the end of the year.

In contrast, it is all smiles in the aluminium packaging sector as those involved have finally got their act together and registered under the scheme to allow for more aluminium to be recorded as recycled.

The current and likely situation for the rest of the year was reflected in third quarter packaging waste data published in mid-October by the Environment Agency.

Stuart Foster, chief executive of RECOUP remarked that “the unnecessary annual game of plastic PRN poker between the sellers and buyers will commence now Q3 2015 data has been published.”

Mr Foster added: “As anticipated, the provisional Q3 data shows reported plastic packaging recycling tonnage was down when compared to the previous quarter. It will cast some doubt over the achievability of the 2015 target and almost certainly lead to speculation on further plastic PRN increases to the end of the year.

“The fact that significant PRN tonnage from 2014 was carried over to 2015 will provide a cushion, but it is almost certain that cushion will not be there for 2016 as plastic packaging recycling targets increase by another 5%. For the benefit of everyone, we need to see some changes to the way the current system works.”

However, no major changes to the PRN system are expected. Also last month, the chairman of the Advisory Committee on Packaging confirmed that the government saw no reason for any significant changes to the current system.