A coalition of retailers, local authorities, trade associations and charities are calling on government to “fast-track” the roll-out of separate food waste collections across the UK. 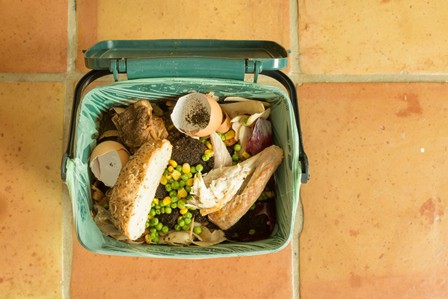 The various organisations signed a joint statement which was submitted to Environment Secretary Michael Gove on 20 November.

One of the signatories, the Anaerobic Digestion & Bioresources Association (ADBA) firm explained that using fast-track separate food waste collections would allow “inedible food waste to be separated from other waste streams and recycled through AD and composting into renewable energy and natural fertiliser.”

ADBA also reported that around a third of households in England currently have food waste collections, compared to devolved governments in Scotland, Wales, and Northern Ireland, of whom “have made separate collections mandatory.”

Commenting on the coalition, Charlotte Morton, chief executive of ADBA, said: “Separate food waste collections are vital in helping to make people more aware of how much edible food they are wasting and in ensuring that any inedible food waste can be recycled rather than being left to rot in landfill or wasted in incineration.” Ms Morton continued: “Fully recycling food waste is vital to allowing the UK to meet its climate-change commitments as well as restoring our soils, managing our wastes, and decarbonising our energy supply.”

There are currently over 40 signatories to the letter including Iceland, the Renewable Energy Association, Wigan Council and Aquapak. ADBA said it is hoped that the policy of universal food waste collections will be featured in the government’s forthcoming Resources & Waste Strategy which is due out before the end of 2018.