Wales has come a step closer to setting its own landfill tax from April 2018, after legislation containing devolved powers cleared the final hurdle at the House of Commons on December 10. Scotland already has its own powers to set landfill tax and is keeping it at a similar level to England. 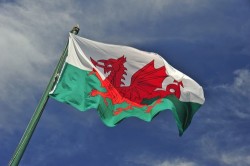 Wales will be able to set its own landfill tax

The landfill tax powers are included in the Wales Bill – which devolves a range of tax and borrowing powers to Wales including stamp duty and land tax.

The Treasury first confirmed Wales would be able to set its own landfill tax in November 2013, while earlier this year a handover date for Welsh landfill tax powers was set for April 2018.

From April 2015, the Scottish Government will be fully responsible for setting levels of taxation and for the revenue generated from the tax. In October this year, Scottish Finance Secretary John Swinney announced that Scotland would retain similar rates to those set by Chancellor George Osborne.