At present, with the UK a member of the European Union, the government is held to account by the Commission if it fails to meet targets on environmental topics such as the recycling of waste electrical equipment and end of life vehicles. 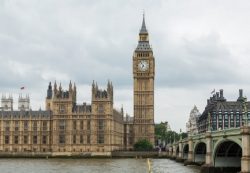 But, post-Brexit next year the Commission will not have this duty and so the UK government has said it is to create a new type of regulator to enforce duties.

Environment secretary Michael Gove was asked about this by the House of Commons  Environmental Audit Committee (EAC) recently, as part of a ‘short inquiry’ into the government’s 25-year Environment Plan.

An Environmental Protection Act will be introduced next year, Mr Gove said and that there will be a new, “strong” environmental oversight body.

Michael Gove stated that he aimed to introduce an Environmental Protection Act at the beginning of the next Parliamentary session in the autumn.

Commenting after the evidence session, Mary Creagh MP, Chair of the Environmental Audit Committee, explained that she had a mixed reaction to Mr Gove’s response.

“It is disappointing that having announced the DRS scheme last year, the Government will not be bringing this vital part of tackling plastic waste until 2020 at the earliest.