Prime Minister David Cameron has entered the debate over plans to overhaul EU waste legislation, stating that he does not want to see ‘excessive regulation’ brought into effect. 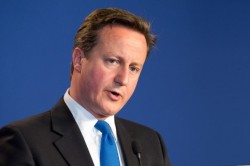 Mr Cameron took questions from MPs during a liaison committee session last month. This happened just days after the new European Commission said it was to revisit circular economy proposals drawn up by the previous Commission. The controversial proposals had put forward a 70% recycling rate and other resource efficiency measures for industry.

The Prime Minister was asked by the chair of the Environmental Audit Committee, Stoke on Trent North MP Joan Walley, if the government supported circular economy proposals that were dropped by the Commission.

In his response, Mr Cameron echoed comments made by the Defra minister Dan Rogerson that the government wanted to see ‘sensible legislation’ around reducing waste.

He said: “We have always supported sensible legislation on reducing waste and using resources. We try to support sensible measures but we don’t want to see excessive regulation and we want to get the balance right.”

The Prime Minister’s comments come after the European Commission’s vice president Frans Timmermans revealed he wanted to drop the circular economy policy proposals drafted under the watch of the former Environment Commissioner Janez Potocnik, opting instead to draft a new, ‘more ambitious’ set of proposals in 2015.