Over the past year there have been some concerns that under the current system for the collection of waste electrical and electronic equipment (WEEE), some local authority sites might not be serviced.

This is after proposals were submitted for the 2017 WEEE compliance fee methodology which it is hoped will address local authority concerns over direct collections of electrical waste from civic amenity sites. 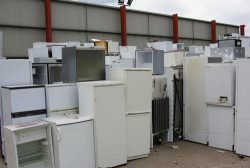 The Joint Trade Association – a grouping of nine Trade Associations in the electronics sector – has submitted a proposal for setting the compliance fee methodology, which is one of two possible options under consideration.

The fee is an alternative mechanism that compliance schemes and obligated business can use if they have insufficient recycling evidence to meet their WEEE collection targets for the year. Targets are usually met through acquiring evidence of recycling for material collected for recycling, much of which is collected from council-run civic amenity sites.

The Department for Environment, Food and Rural Affairs (Defra) published details last month of two potential options for the 2017 fee. Stakeholders have until 1 December to provide views on the two proposals.

WeeeCare will be submitting its response to the two proposals prior to the deadline  We welcome comments from our members and clients in advance of our submission.