Figures published by the Environment Agency on packaging recycling indicate that steel packaging reprocessing surged in the second quarter of the year, following concerns earlier in the year that targets could be missed.

The figures, published on the National Packaging Waste Database, give an indication of how much packaging waste was recycled or exported between April and June 2016.

Data shows that steel recycling rose from 94,785 tonnes in the first three months of the year to 119,556 tonnes in the second quarter. 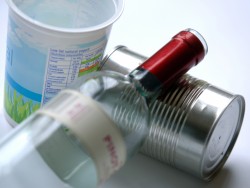 If verified, this means that 58.7% of the total steel demand for 2016 has already been met, easing concerns voiced earlier in the year that the closure of British steel mills could impact the amount recycled and therefore the price of PRNs.

And, the data also indicates that nearly all other materials look on track to meet the overall packaging recycling obligation for the year with the exception of glass aggregate.

Other materials have also performed in line with expectations in Q2, with 259,409 tonnes of plastic packaging provisionally recycled and paper too at 925,210 tonnes.

Wood and recovery packaging, which were an area of concern in the latter quarter of 2015, are also performing well with 111,698 tonnes and 188,999 tonnes recycled in Q2 respectively.

Figures published for aluminium indicate that 22,156 tonnes were recycled in Q2. The metal has benefited from changes to protocols adopted by the Environment Agency in 2015.