Targets set by the government for the recycling of packaging materials are on track to be achieved for 2017, according to the latest set of figures published by the Environment Agency.

The data, released on the National Packaging Waste Database yesterday on October 23 is for quarter three (Q3) – July to September 2017. 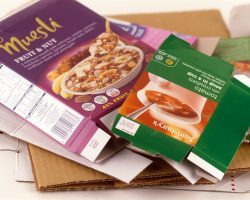 There was a stronger than expected plastic recycling performance in Q3 which actually mirrored a trend that was seen in the previous quarter.

The amount of paper and plastic recycling carried out has been under great scrutiny in light of the tighter import controls proposed by China on material quality and the halting of some exports of plastic packaging film to China.