Waste management and recycling businesses and the composting sector have expressed relief that the recent record-breaking heatwave looks to have come to an end.

The heatwave throughout July and into August saw a number of local authorities across the country forced into making changes to bin collection times and frequencies.  And providers of services to commercial and industrial business also said they were aiming to provide commercial waste collections on time and at different hours to avoid issues for restaurants and other retailers. 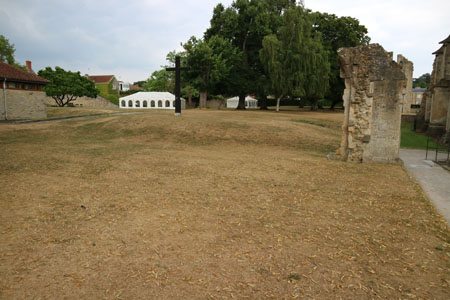 The green waste sector reported that volumes of material for composting had reduced dramatically with vegetation not growing because of the drought with grass not cut in some areas (such as Somerset, pictured) for more than a month. One owner of a composting business said that that recent rainfall should help although he expected levels of green waste to still be low in August and into September.

Collection businesses said they had also taken time to ensure their workforce have had sufficient water suppliers and were taking care in the heat.  July’s prolonged heatwave was one of the hottest on record and saw temperatures as high as 35C across the country.

But while the hot weather was good for barbeque lovers and beach-goers, it did force some councils to change their collection regime.

For example, Swindon, West Berkshire and the Somerset Waste Partnership all pushed forward their waste collections by an hour with residents having to ensure their waste was out by 6 a.m.

However, some councils faced criticism online for a perceived lack of action on the issue, with residents in several councils making their feelings known online. Some people in Wigan complained stating that three-weekly residual collections were attracting flies and maggots

However, local authorities defended themselves in wake of criticism, particularly in regards to the three-weekly collections. Torfaen council, in Wales, explained that flies are only attracted to food waste, which shouldn’t be in residual waste bins in the first place and food waste bins should be used.

Cllr Martin Tett, national council association environment leader, said: “Local authorities will adapt their response depending on local need and how the heatwave impacts their particular communities. Councils have a unique understanding of how best to support a resident which is why waste management and recycling should take its lead locally.”