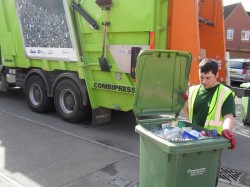 The latest annual figures show that 43.5% of household waste was recycled, reused or composted in the 2013/14 financial year, representing a fractional increase from 43.2% in 2012/13.

The Department for Environment, Food and Rural Affairs said it remained ‘committed’ to the 50% recycling target require under the Waste Framework Directive and would be seeking help from the Waste & Resources Action Programme to determine what further measures may need to be taken to achieve this.

England’s lack of progress in recycling comes in contrast to Wales, recently reported a 54.3% municipal waste recycling rate for 2013/14 – a rise of two percentage points compared to the year before.