Large and medium-sized retailers across England are preparing for the start of the 5p charge for single use carrier bags, which comes into effect from the beginning of next week (October 5). 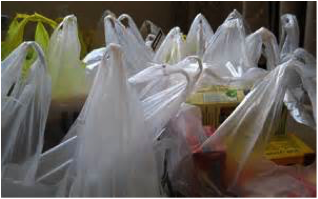 Under the new law, retailers with more than 250 employees nationwide will be required to charge customers a minimum of 5p for every single-use bag distributed.

Exceptions will be those handed out for uncooked fish or meat products, for unwrapped food or flowers, for prescription medicine, woven plastic bags, reusable bags or where there is no sale of goods such as in dry cleaning or shoe repairs.

The government is also seeking to assess whether biodegradable carrier bags can be exempt from the charge, but as yet has not agreed on a suitable standard to assess which biodegradable bags could be included. This remains under review.

Moves to introduce compulsory charges for carrier bags follow similar legislation in Wales, Scotland and Northern Ireland. Each of the three principalities has reported that bag usage has dropped since the introduction of a charge. (Image: Flickr mtsofan)