Waste and resources minister Dan Rogerson has outlined a series of measures aimed at tackling criminal activity in the waste industry, pledging “tough and speedy” action against illegal operators.

As such, Defra is seeking improved coordination between the Environment Agency and HM Revenue and Customs (HMRC) with regards to combatting non-compliance linked to tax evasion, as well as increasing EA Intervention at poor performing sites.

Mr Rogerson also hopes to boost access to records of convictions for waste offences in order to prevent past offenders from being issued with permits.

And, he said the Department is considering limiting the chance to appeal decisions to suspend environmental permits as well as improving arrangements for reporting illegal waste operations.

The letter reveals that more robust checks of newly-permitted sites could be carried out, while the EA may also be asked to change its assessment methods for site operator competency.

Mr Rogerson said: “We will be meeting with industry as we continue to develop these proposals to see what more can be done to prevent waste crime and protect communities, the environment and infrastructure.”

Once agreed, the Environment Agency will deliver the proposals through the £5 million funding for tackling waste crime, which was announced as part of the Budget in March 2014. 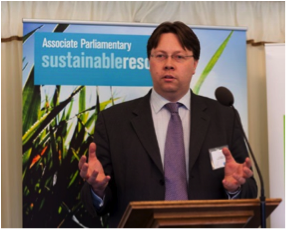