Top government scientists have recommended that the exporting or disposing of waste should end. 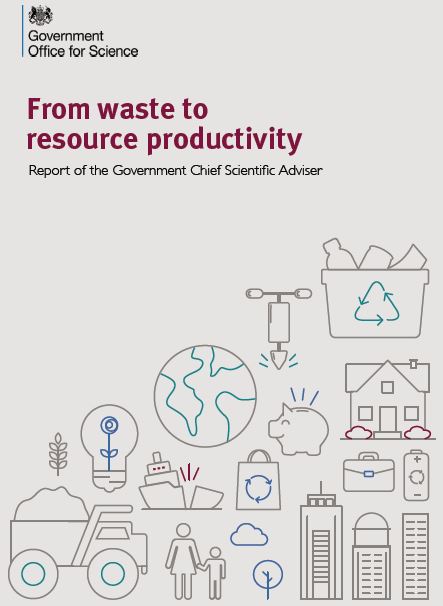 The lack of support for exports of waste comes in a government-funded report which describes ‘waste’ as an “enormous opportunity” in terms of resources, and promotes the idea of more recycling or reuse of materials within the UK. But while it has been published by government, the report repeatedly says that it is not government policy.

The comments come within a study, From Waste to Resource Productivity published in December by the two government departments involved – Defra and the Government Office for Science.

Sir Mark Walport, former chief of the Government Office for Science, who headed up the report, said: “A major theme of this report is that we need to stop thinking in terms of waste and focus instead on how we make the most of our resources… There are big opportunities for the UK to become a more prosperous and secure society by increasing our resource productivity. That will also mean breaking our reliance on imported products and jettisoning an approach to waste that focuses on its disposal or export.”

Reference is made to plastics recycling in a section on the economics of waste collection with the implication that the case for recycling is not straightforward for plastics.

The study declares: “For some abundant materials, like plastics, it usually takes less energy to manufacture them from primary sources than to remake them from waste. For other materials, like some metals, the case for recovery from waste is more straightforward. In general, those materials that take a lot of energy to produce in the first place are more economical to recover than those that cost less energy.”